Guiding the viewer’s eyes through the photo, helping them explore the whole scene.
Drawing attention to the main subject or focal point of the shot.
Adding depth and a sense of perspective to make the scene feel more “real” and three dimensional.

A leading line paves an easy path for the eye to follow through a photo. Usually starting at the bottom of the frame and guiding the eye upwards and inwards, from the foreground of the image to the background, typically leading toward the main subject. 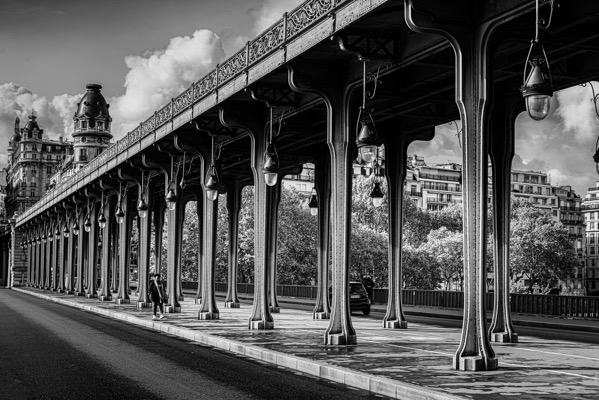 Pont de Bir-Hakeim
Getting close to the bridge prepared for a great opportunity to fill the frame and allow the eye to naturally sweep across and into the photo. Additionally, having subjects in the photo grants the viewer a perspective of size.

When leading lines, such as roads, connect the foreground to the background of a scene, they help to create depth and dimensionality which draws the viewer into the image.
Crouch close to the ground rather than shooting at eye level. This exaggerates the perspective as objects get smaller as they move into the distance, creating a greater sense of depth. 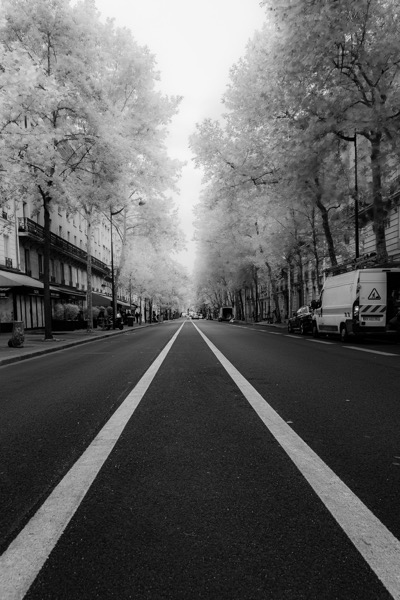 In this infrared photo I used two of the expressions for an interesting leading line image. Using road lines to lead the viewers eye up and in along with perspective by getting low to the ground and running the lines out of frame. 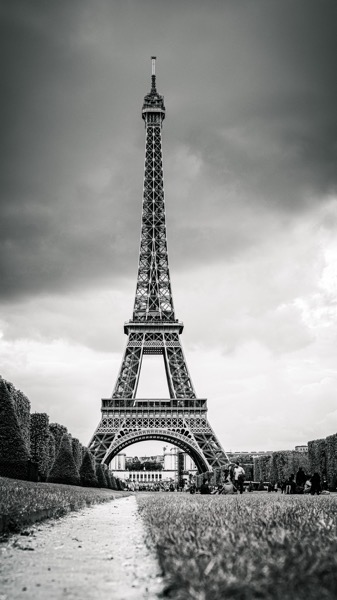 Using the same premise here this small path was leading towards the Eiffel tower. The day was overcast to start and fairly underwhelming in color. So, put the camera on the ground and viola! It was a perfect opportunity for my Platypod Ultra, however I left it back in the Airbnb. 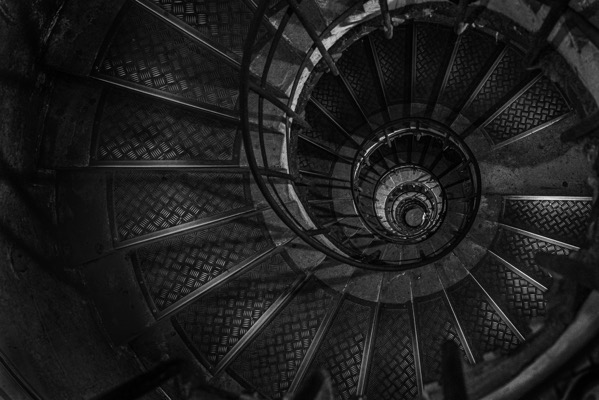 Always be checking out what is above and below your line of sight. Just as I was ready to leave from the observation area in the famed Arc de Triomphe the stairway cleared for a few brief moments and I was able to snap a few frames off before the next round of visitors filled them. This is an example of the Golden spiral where the lines expand out from the initial starting point.

The curve of an equiangular spiral has a constant angle between a line from origin to any point on the curve and the tangent at that point, hence its name. … Fibonacci spirals, Golden spirals and golden ratio-based spirals often appear in living organisms. Wikipedia

Leading lines are extremely versatile, and can enhance most photographs. A good number of my leading line images are monochrome, or black and white, however that is definitely not a requirement.